Ozone has been known of since ancient times. In fact in Greek “ozein” means “smelling gas”.

The Catatumbo Lightning in Venezuela can be considered the major regenerator of the planet’s ozone layer. This phenomenon is capable of producing 1.176 million lightning bolts a year producing 10% of the earth’s ozone layer.

Discovered of the ozone

Ozone was discovered in 1785 by Dutch physicist Martinus Van Marum (1750-1837) by perceiving a peculiar odor that generated near the electrostatic machines, but it was not until May 1840 that the German chemist Christian Friedrich Schönbein (1799-1868) synthesizes it. 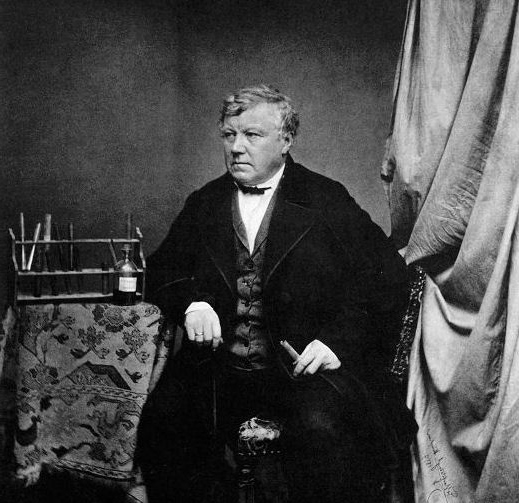 Schönbein was the son of a humble dyer who had to work from a young age to help support his eight siblings. With determination and strong will he was educated in physics and chemistry, working in a chemical plant in Erlangen. “The production of Ozone by Chemical Means”, which stated that: “Although physicists and chemists have no idea of the existence of a component, this does not disprove its existence”

Liebig a collaborator of Schönbein, suggested the term “ozonized oxygen” 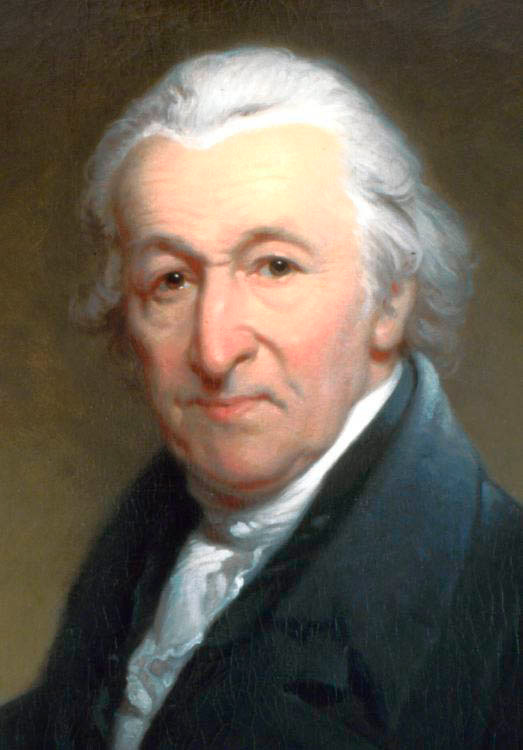 In 1857 Werner von Siemens built the first superior induction tube, with which Kleinmann made the first attempts to destroy microorganisms and the first gas insufflations in animals and humans. In 1870, the German doctor Lender made the first publication on practical biological effects, relating to water disinfection. The discovery of the antimicrobial properties of ozone revolutionized medicine of the time, 70 years still remaining for the emergence of penicillin. The first report on ozone as a purifier of the blood appears

In 1873 Fox discovered the ability of this chemical agent for eliminating microorganisms. There is evidence of its use as a disinfectant since 1881, according to that mentioned by Dr. Kellogg in his book on diphtheria. The discovery crossed the ocean to North America and in 1885, the Florida Medical Association published the first textbook on medical applications of ozone, written by Dr. Kenworth.

In the old continent in 1893, the first facility in Ousbaden (Netherlands) for the disinfection and purification of water for human consumption and waste is created. Till this date, there are more than 3000 water treatment plants with ozone in this country. Zurich, Florence and other cities had been acquiring these systems to disinfect water.

Nikola Tesla (1856-1943) of Croatian origin and latter on US citizen, patented his first ozone generator in 1896; and in 1900 founded Nikola Tesla “Tesla Ozone Co., manufacturer of generators for medical use. Tesla was the first to ozonate olive oil.

According to Life Magazine’s special issue of September, 1997, Tesla is among the 100 most famous people of the last 1,000 years. Tesla was an enigmatic, eccentric and owner of a magnificent imagination when applied to the field of science, led him to developing ideas that came into dispute with the conventional knowledge of the time. An example of this is the Alternating Current, which at the time, crashed head-on with Thomas Alva Edison’s Direct Current.

The United States Supreme Court, in 1943 held Tesla as the inventor of radio technology and declared invalid the patent given to Marconi.

Tesla was a generous man, whose great concern was to ensure that energy were free and his pacifist ideals always advocated that his inventions were not used for military purposes.

In 1898 Drs. Thauerkauf and Luth create in Germany the Institute of Oxygen-Ozone Therapy and publish the first studies in animals.

Medical Ozone in the XX Century

Meanwhile, the First World War in Europe had just exploded. In 1915, Dr. Wolf, chief surgeon of the medical services of the German army, extends its use for topical treatment of infected wounds, frozen foot, gangrene and decubitus ulcers.

For the first time in Switzerland, a dentist, Dr. Fish published in 1932 the applications of ozone in dentistry to treat caries, and patented the first device specifically for this application, the Cytozon.

In Germany, after the outbreak of World War II, Dr. Wolf published “Medical Ozone”, the most classic book about ozone therapy, which has come down to us as the Bible of the medical books dedicated to the ozone therapy.

Ozone generators of the time, many made with glass components, were not practical for field hospitals and could not compete on convenience and ease of use with new antibiotics that had appeared.

Despite its obvious usefulness, ozone as a healing method for infectious diseases, gradually falls into disuse. Moreover, in 1940, the U. S. Food and Drug Administration (FDA) began sealing of medical ozone generators, promoting their own pharmaceutical industry, reinforced after the acquisition of a pharmaceutical giant of the moment, the German Bayer.

The emergence of plastics resistant to ozone leads in 1957, German physician Dr. Hänsler to manufacture the first modern ozone generator, which modern day generators base themselves of.

In 1961 Dr. Hans Wolff introduced in his practice the major and minor autohemotherapy. In the early 70 the German Society of Ozone Therapy is created which contributes to the momentum of ozone therapy and that it should be applied in different diseases.

In the 70s appear the first communications from the Russians on the successful use of ozone in burned patients; the primary role was had in the former Soviet Union by the Clinic E. I. Ceppa in Estonia. At the same time, in Minsk (Belarus), the first patients were successfully treated of bronchial asthma with ozonated steam inhalations.

The most enthusiastic students and researchers of ozone in this part of the world, have been scientists, members of the Central Laboratory of Scientific Research of the State Academy of Medicine of Nizhny Novgorod (former Gorki), under the direction of the academician Ramn B. A. Koroleva. There, on October 1977, the first experiment on dogs with ozonated Saline solution was performed, which was then amply developed on humans.

In April 1979, for the first time in the world, ozonated cardioplegic solution was introduced into the coronary bed of a patient with a congenital heart defect.

In November 1986, the ozonation of the artificial circulatory system was performed for the first time, during the implant of an artificial mitral valve.

During the study of the new method “ozonized saline solution” and of the technology for its application, other methods were developed of application of ozone, for example, the use of ozone in the preservation of blood, blood ozonation and infusion ozonated saline during periods of post-operative and post-resuscitation. (Ozone Therapy Manual, Nizhny Novgorod, 2008. Translation from Russian into Spanish Adriana Schwartz).

In 2005, the Russians are the first who recorded at state level, the use of ozone in dermatology and cosmetology. Two year later (2007) they did on gynecology-obstetrics and neonatology; traumatology and burn treatment. Russia became the first country in the world to regularize and implement at the state level ozone therapy.

In 1982, ozone was already used in Cuba in water disinfection and other environments. At that time it started doing research on medical applications of ozone in the National Center for Scientific Research (CNIC), the most experienced scientific institution in the country.

In 1988, the First National Congress on Ozone Applications is hold, involving many countries including Spain, and in 1990, the 1st Ibero Latin American Congress of Ozone Therapy took place.

In 1992 the Ozone Research Center is created, from the CNIC Department of Ozone, which concentrated the experience of more than 18 years of work developing research in this field, and in charge of conducting the study and expanding the use of ozone throughout the country.

Since 2009 the ozone therapy is applied in all the Cuban territory according to the Ministerial Resolution 261 issued by the Ministry of Public Health.

In 2006, the ozone therapy in the community of Madrid (Spain) faced a severe blow by the health administration of this State, which prohibited its practice in ambulatory medical centers. AEPROMO, Spanish Association of Medical Professionals in Ozonetherapy, took the initiative and began the struggle for regularization, which was achieved in March 2009 in this community (state).

Thanks to AEPROMO’s efforts, in 15 Spanish autonomous communities (states) out 17, i.e.  more of the 88% of the total number of communities, the ozonetherapy can be practiced according to requirements previously adopted by the regional health ministries of each community. So the health professional who practice it knows in advance what are the “rules game” that he must adhered to.

The decisions passed by the 15 autonomous communities may be consulted in the “members area / legislation / Spain of the website of AEPROMO. 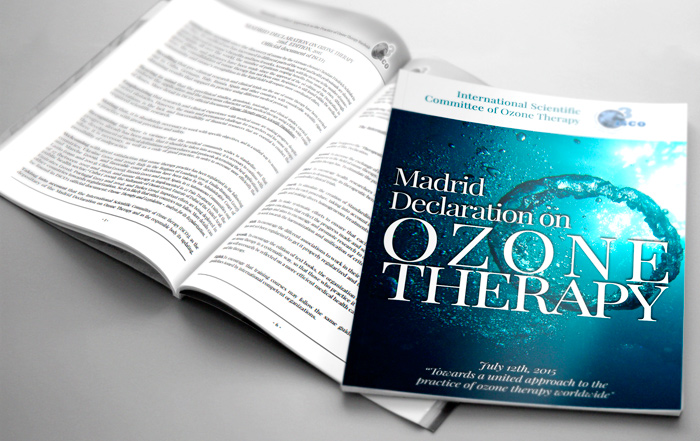 The Madrid Declaration on Ozone Therapy was written by AEPROMO and its draft was submitted for consideration to all participating speakers at the International Meeting, as well as the Presidents of the different participating scientific associations. It was a long process that took four months. After writing 17 drafts, it was adopted on June 4, 2010 at the Second International Congress of AEPROMO “International Meeting of Ozone Therapy Schools” at the Royal National Academy of Medicine, Madrid.

The declaration was signed by 26 national and international associations of ozone therapy in Africa, America, Asia, and Europe; and is translated into eleven languages.

The Madrid Declaration is the first consensus document in the history of the global ozone, which has managed to agree on the most important figures of ozone therapy and those who practice it daily. It represents the first significant international progress is to establish good practice guidelines.

The Madrid Declaration on Ozone therapy was updated on May 10, 2015 by ISCO3 (International Scientific Committee of Ozonetherapy, www.isco3.org) at the Royal Spanish Academy of Medicine.

Ozone therapy in the world

The application of ozone therapy in different parts of the world is confirmed by its practice in more than 50 countries, the existence of more than 40 associations of ozone therapy in countries in Africa, America, Europe, Asia and Oceania. There are over 26,000 ozonetherapists in charge of applying it to their patients.

Ozone therapy is a medical procedure

Ozone therapy is a “medical act”, which should be practiced only by a trained professional, scientific rigor and implemented using protocols previously approved by scientific associations as AEPROMO; and with reference to the Madrid Declaration on Ozone.