Follows the interview translated from Spanish into English. 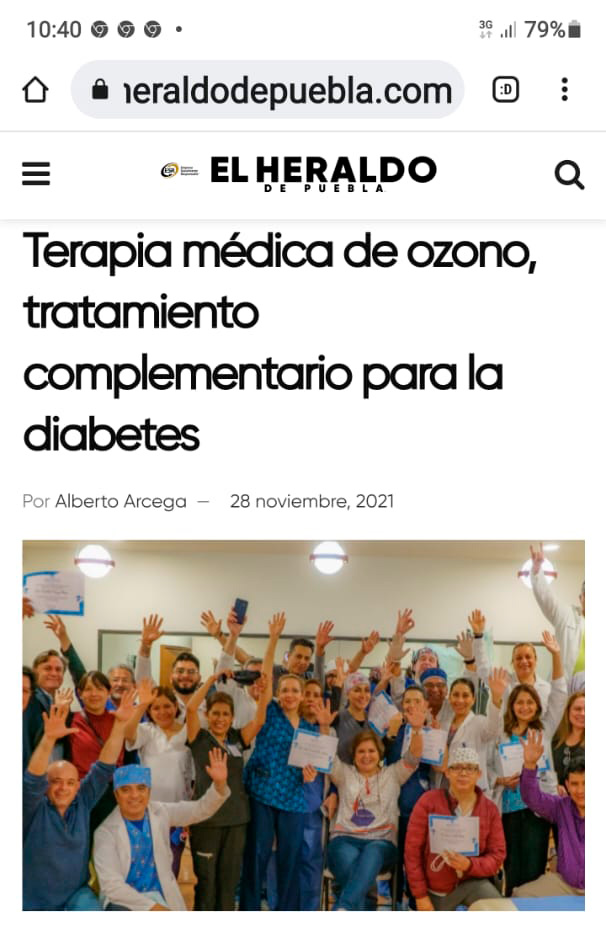 In recent years, new therapies have emerged to treat certain diseases, one of them is medical ozone therapy, a treatment based on a triatomic oxygen molecule obtained from a medical device that generates ozone at therapeutic concentrations.

Visiting Angelópolis [Puebla] and in an interview with El Heraldo de Puebla, Dr. Adriana Schwartz, Obstetrician Gynecologist and president of AEPROMO (Spanish Association of Medical Professionals in Ozone Therapy) and Scientific Secretary of ISCO3 (International Scientific Committee of Ozone Therapy), explained that this therapy is a complementary or palliative treatment for various diseases and is classified as a “medical act”, therefore, it must be practiced exclusively by doctors, dentists and veterinarians duly trained in this therapy that already aims to be a medical subspecialty .

She expressed that among the diseases that can be treated with medical ozone as a complementary therapy are: diabetes; infected ulcers of torpid evolution or difficult to heal, such as neuroinfectious diabetic foot, joint inflammations, herniated discs in orthopedics / traumatology and rheumatology (fibromyalgia, chronic fatigue). In gynecology, recurrent vulvovaginitis, of fungal or bacterial origin and papillomavirus.

“Ozone therapy is framed within the techniques of new technologies that complement, facilitate and optimize conventional treatments, which is why it has become one more tool in the physician’s therapeutic arsenal”.

She pointed out that this therapy has medical and scientific studies, which is why it is already applied in Spain and other European countries.

In Mexico, she expressed that efforts are made aimed at ensuring that the health authorities regularize the therapy at the national level and thus, both the professional who practices it and the patient who receives it are legally protected.

In this sense, she said that in Nuevo León [Mexican State] medical ozone therapy is already practiced, regulated since 2017. And she emphasized that it is sought that Puebla [Mexican State] soon be regularized to carry it out in public hospitals.