PRESENTED BILL LAW ON OZONE THERAPY IN THE MEXICAN SENATE

PRESENTED BILL LAW ON OZONE THERAPY IN THE MEXICAN SENATE 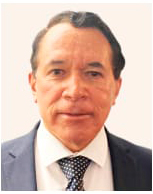 The senator for the state of Michoacán José Alfonso Pascual Solórzano Praga (MORENA), presented the bill on April 27, 2021, which modifies the second paragraph of article 79 of the General Health Law to include ozone therapy.

The bill recalls the two previous initiatives that had the same objective: to include ozone therapy in the General Health Law.

First initiative. Presented by Federal Deputy Mario Alberto Dávila Delgado (National Action Party) in 2014. After receiving a favorable opinion from the Health Commission of the Chamber of Deputies, it was considered by the plenary session. However, the Ministry of Health, through Cofepris, expressed its opinion against ozone therapy, an opinion that determined the end of the processing of the project.

Second initiative. Presented by Senator Lorena Cuéllar Cisneros (PT-MORENA) in 2017. She organized the forum “Towards the Regulation of Ozone Therapy” in the Plenary Hall of the Permanent Commission of the Senate on November 27, 2017.

Forum on ozone therapy in the Senate

Due to the term of the legislature the project did not go ahead.

In the reasons of the bill presented by Senator José Alfonso Pascual Solórzano Prague, it is explained what ozone therapy is, and it is specified that it is a medical act. Data on the scientific basis of the therapy are provided. The importance for ozone therapy to be recognized as a technical and auxiliary activity of medicine is emphasized. List where ozone therapy is being used in Mexico. It reviews the different regulations of the 14 countries that have so far regulated ozone therapy.