The presentation took place at the Spanish Royal National Academy of Medicine on June 12, 2015

The scientific event was organized by ISCO3 (International Scientific Committee of Ozone Therapy) under the logistical and economical support of Aepromo.

The English printed version of the 2nd edition of the Madrid Declaration has 50 pages, ISBN (International Standard Book Number) and Copyright

More than one hundred health professionals from 17 countries attended the scientific gathering “International Meeting of the Madrid Declaration on Ozone Therapy” at the Spanish Royal National Academy of Medicine on June 12, 2015.

The participants attentively listened the presentations made by 15 speakers from eleven different countries which were followed by rich and intense questions and answers sessions.

The “Madrid Declaration on Ozone Therapy” is the first document of consensus in the global history of ozone therapy. It has become an important reference for those health professionals using ozone therapy.

The 2nd ed. of the Madrid Declaration reflects the last medical and scientific advances occurred in the ozone therapy scientific world. Data summarized in this document are based on more than 2000 scientific publications, books and papers listed in the Ozone Therapy International Library and includes the proposals and suggestions coming from a high and important number of professional from different parts of the world.

The Madrid Declaration permits to work with specific objectives in a unified way assuring a practice with great precision and safety.

Music at the International Meeting
The Spanish Chamber Vocal Group Gradualia under the direction of Simon Andueza sang among other interpretations, the Ode to Joy by Ludwig van Beethoven (Symphony No. 9 in D Minor, Opus 125, 4th Movement, 1823). Since 1972 the Ode to Joy is the anthem of the Council of Europe, integrated by 47 countries. In 1985 it became also the European Union’s anthem. The anthem expresses the ideals of freedom, peace and solidarity.

The music majestically interpreted by Gradualia helped to create an atmosphere of concentration and peace among the participants and boosted them to focus on the presentations of the speakers.

The long and repeated applauses that Gradualia received expressed the great satisfaction of the participants.

Donation
The ISCO3 member Dr Annunziata Izzo and the speaker Dr. Antonella Bertolotti (Title of her presentation: Ozone for the Treatment of Buruli Ulcer) who are working in the African country of Benin with the NGO INTERMED ONLUS were pleasantly surprised during the International Meeting. The Spanish SEDECAL company informed that it had decided to donate one ozone generator to their non-profit organization to allow them to perform their work in better conditions. At the same time they have received the support of AEPROMO in the implementation of the protocol for Buruli Ulcer in Benin.

Raffle
The Spanish Medical Laboratory Heber Farma organized a raffle with a basket of its products for the treatment of diabetes ulcer, among the participants to the International Meeting.

You may get the Madrid Declaration through two ways: printed or online version. Either way it costs 15, 00 Euros. 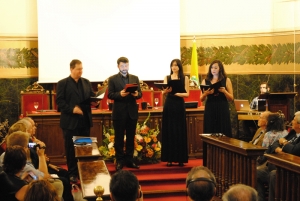 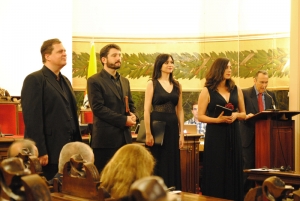 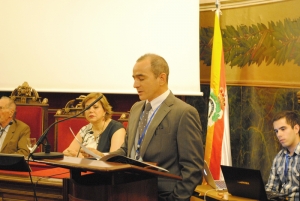 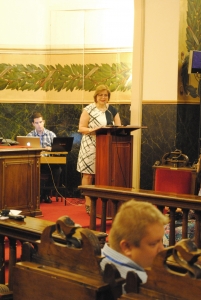 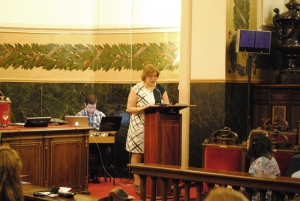 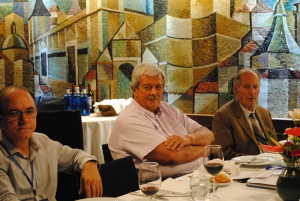